Russian Roulette, Millionaire Movement and Diversifying Out of China

We’ve defended global supply chains more than once in this space over the last two years. We have noted they’ve held up better than should be expected given extreme circumstances of pandemics, shut-downs and wars. We’ve noted they’ve been unfairly blamed when policy was the perpetrator. But now things have gone too far. It’s one thing when there’s a shortage of baby formula, tampons or toilet paper, but when New Orleans is running out of Pimm’s, the key ingredient for the Pimm’s Cup, when Napoleon House, the mixer of the best Pimm’s Cups in the city is down to it’s last ten cases? That one cannot enjoy the perfect drink for the summer heat? Well, it’s time to take the supply chain crisis seriously.

We call for invoking the Defense Production Act immediately. We want a Supply Chain Czar name today. Not tomorrow, not next week but this very minute. And yes, President Biden, we are willing to step into this role and put an end to the Pimm’s shortage even if it means sending an armada to Britain, the original home of Pimm’s, and raiding the green lawns of Wimbledon (at which the Pimm’s Cup is its official drink) for every stray bottle. Nadal be damned, this will not stand. And we also don’t stand for misunderstanding Russia’s malintent, examine where wealthy Russians and Chinese are moving to and, yes, call for the diversification of global supply chains. It’s this week’s International Need to Know, ready for our Annual Seattle Mariners Temper TantrumTM at any moment but always calm, cool and collected about international information and data.

We increasingly see analysis that the “West” is growing weary of supporting Ukraine against Russia after (checks calendar) three plus months of war. We don’t doubt it. Perilous economic conditions after two and a half years of pandemic have exhausted many and in general attention spans are as short as a Uvalde cop’s courage. And yet, we don’t believe the West and its leaders, such as they are, have fully digested Russia’s ambitions and intent in its invasion of Ukraine. Early in the war, we read the excellent book, Black Wind, White Snow about the rise of ultra nationalist thought in Russia. It was a bracing read for what underlies Putin’s thoughts and dreams, among which are the restoration of empire. Underscoring this line of thinking is a fascinating Twitter thread about Russia using its book market to set the stage for dictatorship and conquest. Popular books in Russia include those extolling the virtues of Stalin, Russia’s military superiority, Ukrainian Nazis and even one proposing to take back Alaska from the U.S. In one such book, the novel Tsar from the Future: “a guy wakes up in a body of Russian emperor Nicolas II, prevents Russian revolution, defeats Great Britain, and conquers Istanbul with modern weapons.” Although we have written about the difficult choices facing our leaders given Russia’s nuclear capacity, those calling for Ukraine to cede the eastern part of its country in the interest of peace, do not understand the meaning of “peace” and the true ambitions of Putin’s Russia. We live in perilous times and wearying ones, too. But tired as we might be of the four-month war, we will not rest easy for long if Russia is given Ukrainian land for “peace.” 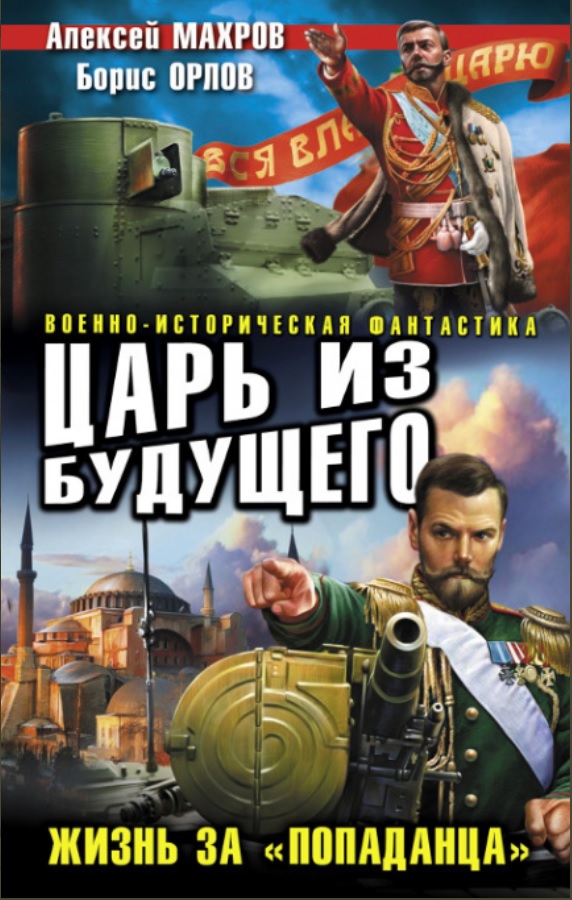 Addendum: Aleksandr Dugin, one of the nationalists featured in Black Wind, White Snow, and by many accounts one of those long whispering in the ears of Putin, this week stated the following (courtesy of Cathy Young): “The great Russia is conducting a battle to the death against the West, but what will be the price if we lose? Our immortal souls will be despoiled and cast into Hell if these satanists prevail! The West itself is founded on the principle of universal sodomy. Remember that the first act of the French Directory was the legalization of homosexuality; remember that British King William recruited boys from the oligarchs’ rebellion as his lovers, to say nothing of the Greek pederasty that inspired the British school system; remember too that the colonists in Roanoke went into the wilderness to commit bestiality with the barbaric natives. Defeat in the special military operation will mean that NATO soldiers, the majority of whom are mulattoes, will go from house to house all over Russia, brutally anally raping everyone on their masters’ orders! Of course it’s better to die in battle for the glory of God than to be thrown into this pit of vipers!”

Follow the money, they say. It will almost always tell you what is really happening. And so today we follow where rich people are migrating to, thanks to the Henley Global Citizens Report. Who is this Henley, you might ask, and what’s this report? Henley is an immigrant consultancy firm and their report purports to track high-net-worth individuals migrating in and out of a select group of countries. Their latest report shows that Russia, China and India are losing the most millionaires and the U.A.E., Australia and Singapore are attracting the most. The U.K., clearly not finished with its self-inflicted Brexit economic problems, also is losing lots of millionaires. And Mexico and Brazil also are losing the wealthy. After two years of the pandemic restricting movement, 2022 is projected to see 88,000 millionaires migrating out of their countries, which is nearly back to the level seen just before the pandemic. In 2019, 110,000 high net worth individuals moved from their countries, more than double the 51,000 in 2013. This year’s choice of the U.A.E and Singapore as destinations probably says a bit about both where the millionaires are coming from and what they value and where they are able to move to. It is likely easier for Russians to move to the U.A.E. and Singapore is an easy landing spot for rich Chinese. You might be saying to yourself, why should I care about millionaires? But that they are fleeing Russia and China speaks volumes. 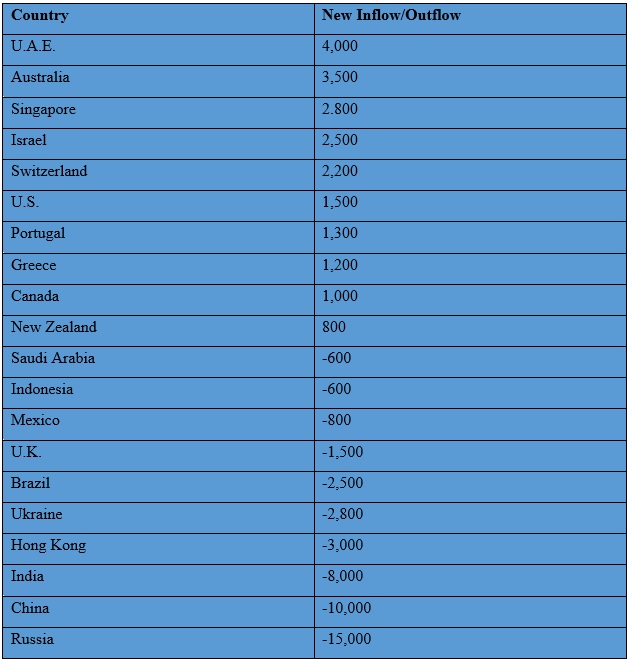 A key to making global supply chains more resilient is not to retreat from globalization but rather to globalize supply chains more. Too many products, and too many components of products, are made in China. Having all of one’s electronic Faberge eggs in one basket is never a good idea, especially in the increasingly authoritarian basket case of China. In the last year we are finally seeing some signs that companies are serious about diversifying out of China. Apple, for example, continues to move more and more assembly and components manufacturing outside of China, as the Financial Times reports. First they started making air pods in Vietnam and now will produce iPads there too. Conor Sen notes that “Since the end of 2018, US imports from Vietnam and Cambodia as a percentage of US imports from China have risen from 10% to 25% ”  Meanwhile Dan Nystedt reports that “Taiwan electronics assembly service giant Wistron said it will invest in Vietnam, Malaysia, Mexico, and the Czech Republic as it continues to diversify outside of China,” It is still early days in the global diversification of supply chains, but we were always amused when analysts stated it is impossible to move supply chains out of China because of the depth and breadth of its supply chain systems. “Impossible” is a vastly over used word. 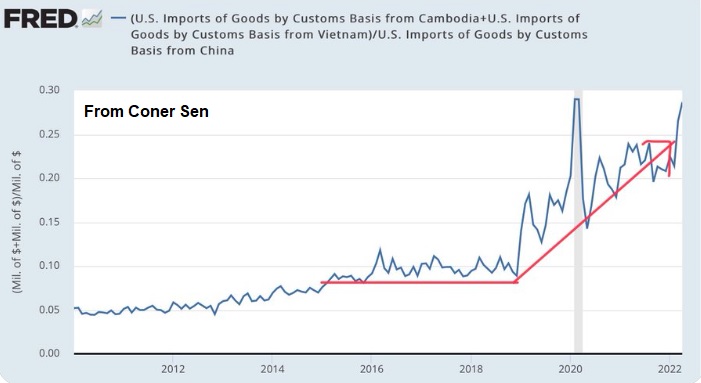