Where Did the Productive People Go, China Rot Deepens, and The Rock of Ages

It is an era of confessions. In that spirit, today we humbly admit that we can’t stand Bird Note, a short program about birds on NPR’s 88.5 KNKX. If we hear it start to come on, our body twinges in spasms of distaste like a conservative Republican congressman presented a mask—it is fingers on our radio’s chalkboard. Even though we know, admire and respect a number of bird watchers, we also admit Bird Note reflexively makes us think less of bird watching. And then Christian Cooper had to come along. You remember him. The guy who firmly but politely asked a woman to leash her dog in Central Park to protect the birds. We were listening to The Higher Learning podcast on The Ringer, whose two co-hosts were upset at Mr. Cooper’s refusing to cooperate in the trial against the woman. She has been charged with falsely calling the police on Mr. Cooper.

The co-hosts both said they would have done everything in their power to ensure the woman is punished as severely as possible. But Christian Cooper, a nerdy bird watcher, a man of remarkable compassion, composure and analysis, said he felt she’d been punished enough given she’s been fired from her job, had her dog taken away from her and shunned by society through the crowded power of social media. And more important, he asserted it is a “mistake to focus on this one individual” rather than “the long-standing, deep-seated racial bias” in the U.S. He wants systemic change not revenge. We don’t know what we would do if we were Christian Cooper given that the woman put his life in jeopardy. But we are not Christian Cooper, although perhaps we should all hope to be more like him. And so the next time Bird Note comes on our radio, we will do our best to not panic and change stations, but listen quietly and contemplatively. And as we do, we trill about the continued mystery of an unproductive world, caw crow-like at China’s continued descent, and sing like a mockingbird about the possibility of rocks saving us from climate change. It’s this week’s International Need to Know…

Where Did the Productive People Go?

We feel we have become more productive during the pandemic. This is partly because we have more time thanks to never having to commute anywhere. We thought about this when reading a blog post* about the mystery of lower productivity in the U.S. since 2005. But this is an international phenomenon as we noted four years ago. Productivity increases have been slowing down all over the world. Why this is happening is not exactly clear though we suspect aging demographics play a part (old people might have more experience at doing their jobs but are also resistant to change, including to changes that would make them more productive). Note, by the way, in the second chart below how much lower China’s productivity is than in fully developed countries. In addition, the rate of increase in productivity is slowing down in China (probably not a coincidence since their demographics are aging more rapidly than America’s). GDP growth, we remind you, comes from more working people and higher productivity. In most of the world, there are fewer workers. Combined with smaller productivity increases, GDP growth will inevitably be lower too. Africa, where there is still an increase in the working age population, and where there is great opportunity for productivity growth given low education levels and the possibility for increased skills training, is a likely source for future fast economic growth. Plan accordingly. 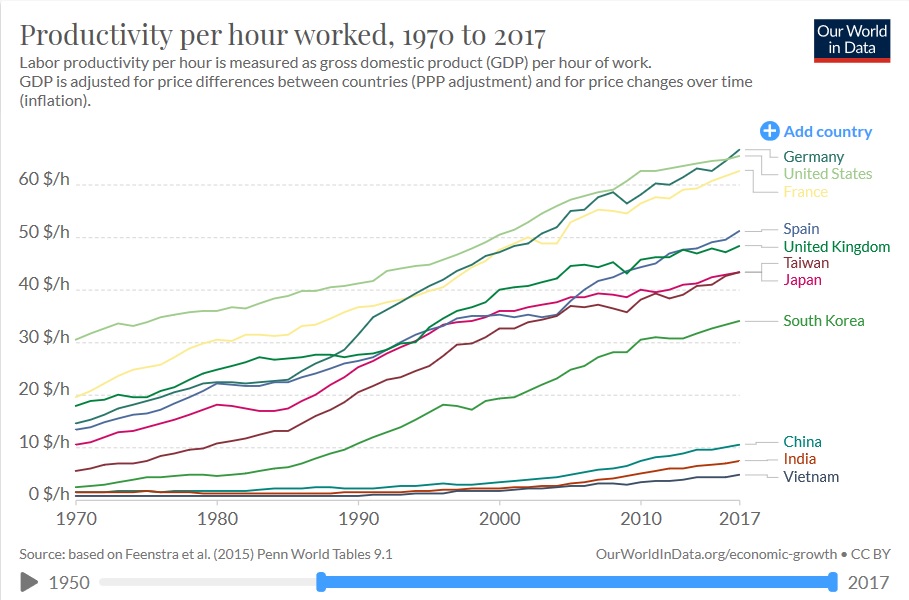 *Granddad, what’s a blog? It was a reasoned way to discuss ideas before the mob platforms of Twitter, Instagram and TikTok took over.

Last week we wondered at the deepening authoritarianism of China that is accelerating like a virus in Arizona. We are sorry to say it continues to worsen with a crusade to remove “illegal” and “inappropriate” books from libraries across China. Reuters reports after conducting an extensive survey that “teachers have removed books from schools in at least 30 of mainland China’s 33 provinces and municipalities.” The final polish of the irony shoe, as a Chinese Fitzgerald might write, was that, of course, George Orwell’s Animal Farm is among the books banished to the ash heap. Meanwhile, two Chinese coastguard ships played military yacht rock in Japanese territorial waters near the disputed Senkaku Islands in the East China Sea. According to the Japan Times, “The two vessels stayed in the waters around the Senkakus, which are also claimed by China, where they are known as the Diaoyu, for 39 hours and 23 minutes,” the longest incursion since 2012. We’re very glad to see such precise measurements. And, of course, China continues to crack down on Hong Kong. Again, as bad as all this is, they are signs of weakness and we expect will eventually lead to the fall of Xi, even if in the short-term he appears stronger. 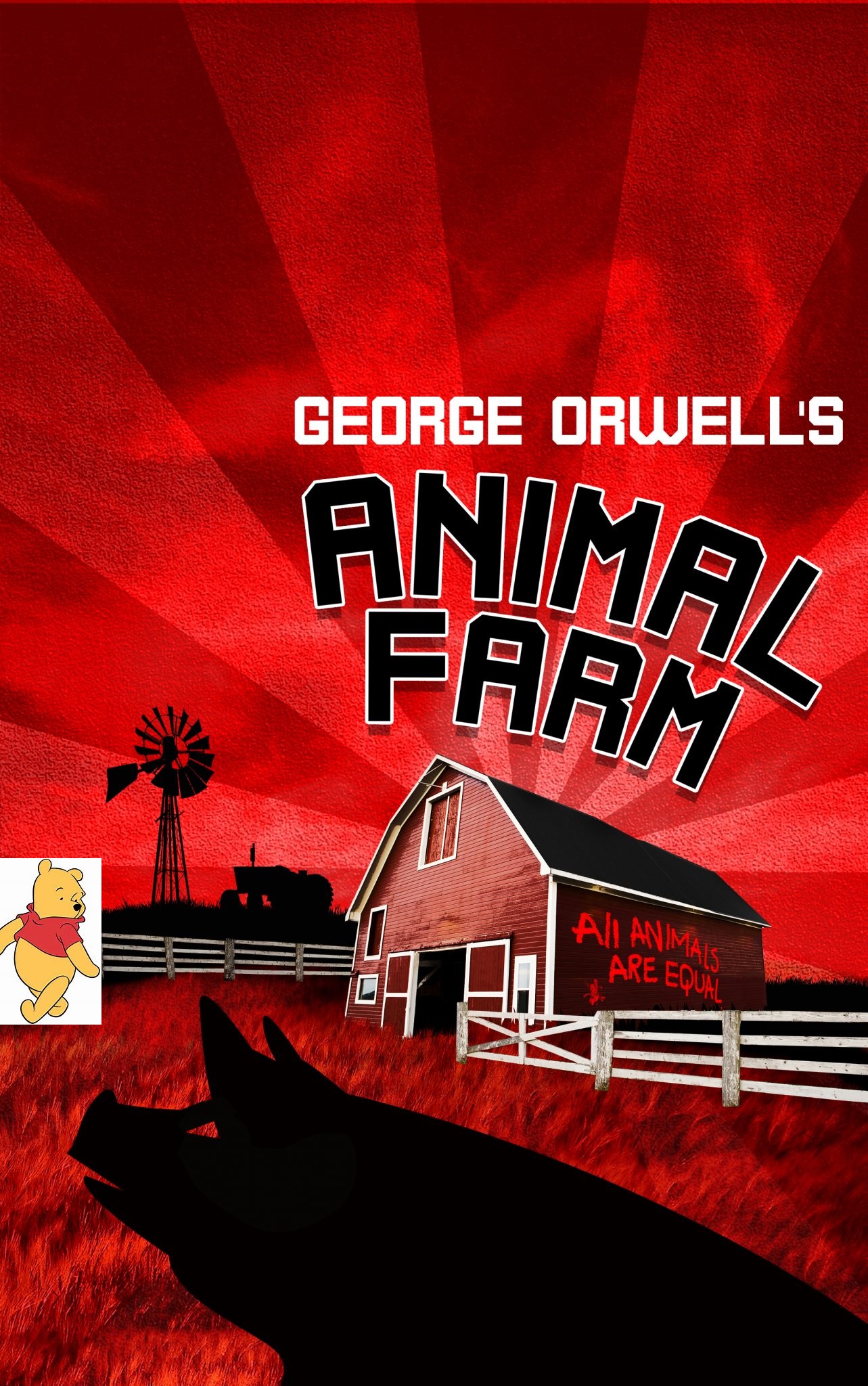 The Rock of Ages

On our daily bike rides, we are seeing significantly more car traffic over the last three weeks, as well as evidence that people forgot how to drive during the pandemic driven shut-down. So humans are now spewing more climate change gases into the atmosphere. Unfortunately, even during the peak of the shutdown, there was no silver lining of significant lessening of climate change. In fact, The Economist notes that even if the world economy came to a halt and stopped emitting at all, global warming would not slow until 2033. Because of the increasing recognition of how difficult it is to decrease emissions, there’s more focus on carbon sequestration. One approach gaining more prominence is using rocks to capture carbon, as Technology Review reports in a recent article. The idea is that when it rains or waves wash over volcanic rock, a chemical process takes place that locks up CO2 into the rock. There have been efforts to artificially increase this in Canada, Scotland and other parts of the world. A U.S. non-profit, Project Vesta, wants to spread olivine (a common mineral) across beaches and use the natural process of waves to capture CO2. Theoretically, such processes could “store far more carbon dioxide than humans have pumped out since the start of the Industrial Revolution.” There are some challenges to these efforts, including whether we will emit more CO2 to artificially induce carbon capture than carbon will be captured. In addition, it’s not clear people will accept a portion of beaches being spread with olivine. As we have seen in Florida, people would rather crowd on beaches even during a pandemic rather than worry about the long-term. But perhaps unlike Charlie Brown, we’ll be happy to say, “I got a rock.” 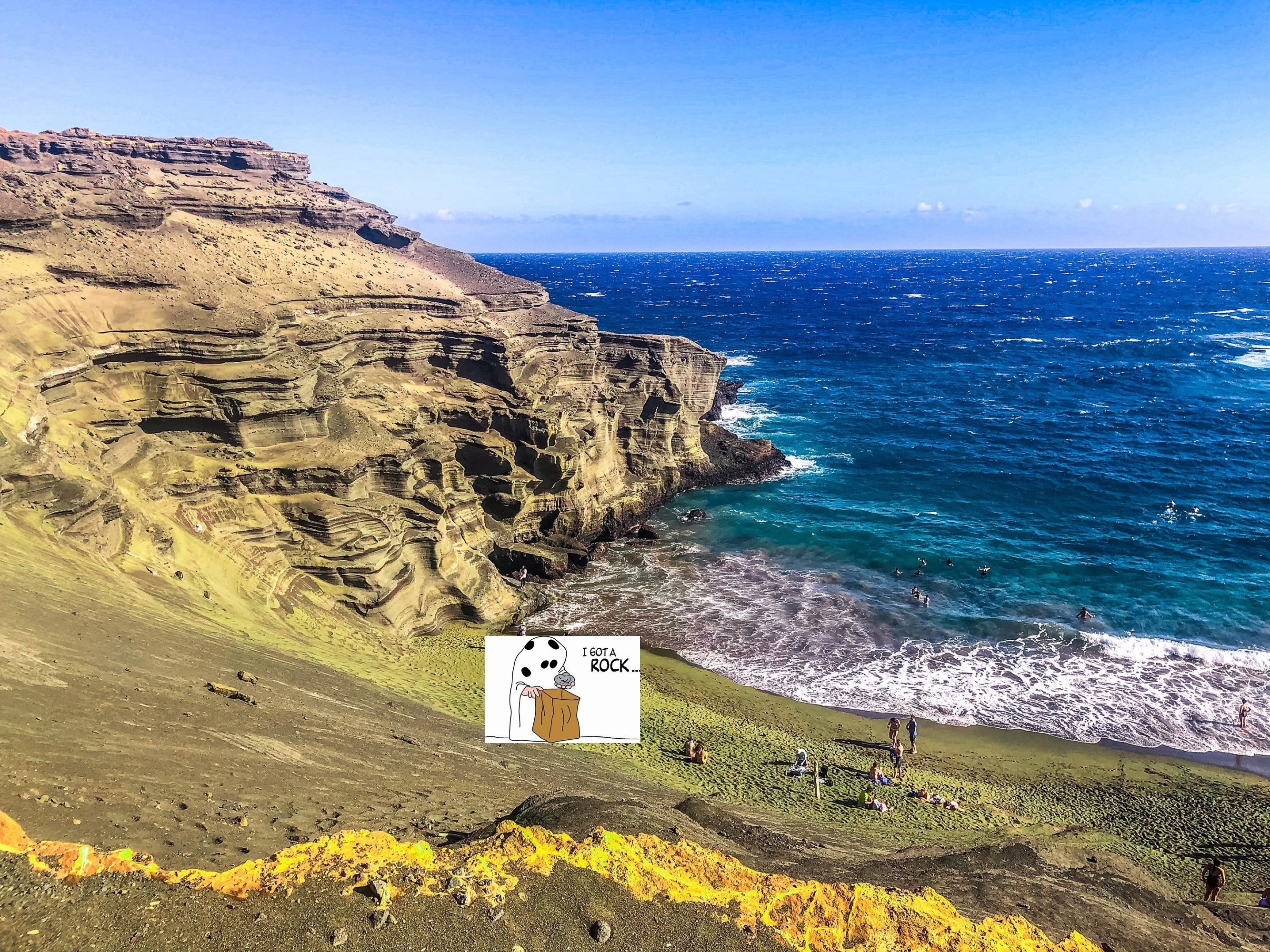 Untangling China and India, What The Hell is Happening With China, and Japan... SE Asia Conundrum, Emptying Room and Hal Is a Young Woman on CGTN
Scroll to top