More Hope on Clean Energy, Where the Wealth Turns and Asking the Right China Question

We’ve always wanted to own a motorcycle with a sidecar, probably dating from when we first saw the movie, The Great Escape. For our younger readers, it is a fantastic old movie with one of the great theme songs of all time. In fact, after the original Hockey Night in Canada theme song, it was the second song we illegally downloaded from Napster (for our youngest readers, Napster was…oh, never mind, go back to your TikTok videos). We never got around to getting a motorcycle with a sidecar before we were married and once we were wedded our spouse was against the idea for reasons that may be practical but nonetheless should be heavily contested. She, however, has always wanted a dog. We like dogs but recognized that: a) our two cats would lodge a formal complaint; and b) we would be the one walking the dog in the rain* and using the pooper scooper. So we found ourselves at a standstill on the two matters—until we were up in Bellingham, Washington over the weekend celebrating our Mom’s 86th birthday.

Coming out of the restaurant where we honored our young Mom, we ran into a dog, with very cool red goggles, sitting in the sidecar of a motorcycle. And there, we told our wife, is the answer to our dilemma. We get a dog and a motorcycle with a sidecar that I drive around with said dog in the sidecar (we will have to get red goggles too, this is a requirement). Everybody wins!** And you win stories about more clean energy hope, who got more wealthier last year and the question we should be asking about China. It’s this week’s International Need to Know, the Cooler King of international information and data.

*And it rains often in Seattle
**Except for our two cats, of course, though Putter would look quite charming in red goggles sitting in the sidecar 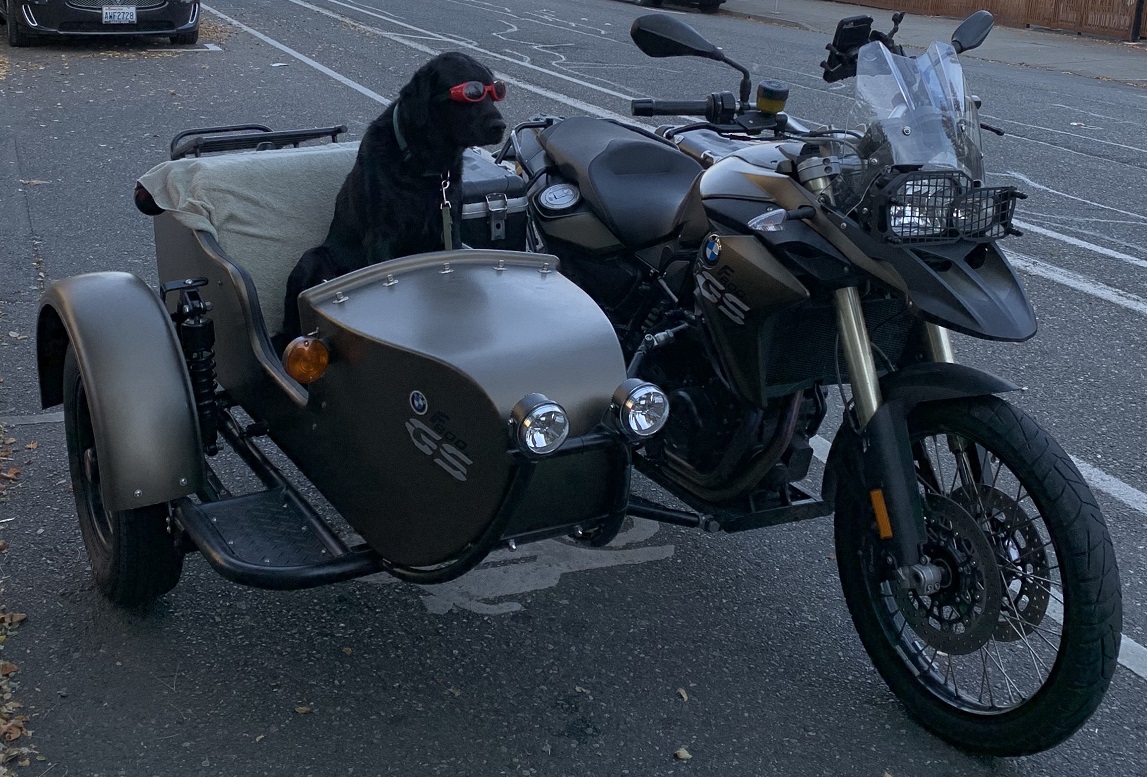 It appears one of our roles is to pour optimistic water onto the fanning flames of climate pessimism. We reminded people things weren’t so dire last month and we do so again today with the arrival of a report from Oxford showing both how rapidly renewable costs have fallen and how fast renewable generation has risen as you can see in their charts below. The vertical yellow line in the chart on the left shows the dramatic decrease in solar photovoltaic electricity costs. The chart on the right shows the dramatic rise in deployment. The report states, “The combination of exponentially decreasing costs and rapid exponentially increasing deployment is different to anything observed in any other energy technologies in the past, and positions renewables to challenge the dominance of fossil fuels within a decade.” Also last week came news from the International Renewable Energy Agency (IREA) that the world added 260 GW of renewable energy capacity surpassing the record of the year before “by almost 50 percent.” This happened, IREA reminds us, during a global economic slowdown to the pandemic, but solar and wind energy is not slowing down. Feel free to join our volunteer fire brigade. 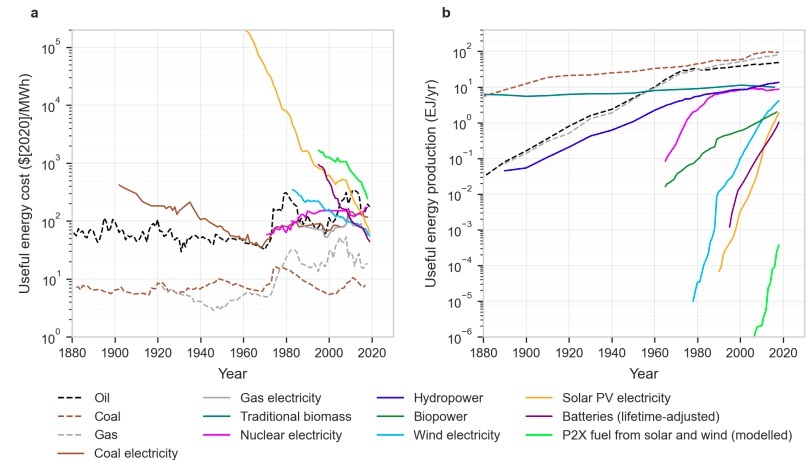 Many are worried about inequality in our world. We see this in economic debates in the U.S. and more recently in China with the new mantra of “Common Prosperity.” In recent decades, even as wealth inequality increased within nations, it decreased between them as emerging markets economies grew faster than developed countries. But during the pandemic year of 2020, wealth increased the most in North America (mostly the U.S., of course), and actually shrank in certain parts of the world as you can see in the Visual Capitalist graphic below. Total wealth in North America rose 10 percent. Europe’s increase was almost as large at 9.8 percent. Asia increased 6.7 percent and China alone increased 6 percent with prosperity not being as common as they would like yet. But in India, total wealth decreased 4.4 percent. And Latin America? Wow, total wealth decreased there by over 10 percent. Both Brazil and Chile saw significant decreases in wealth last year due to Covid, though Chile’s economy has bounced back fairly well. Because of changes in wealth, concerns of inequality and other reasons, we expect the next decade to be overly interesting.

When we’ve made mistakes in life or witnessed others doing so, often it was for one of two reasons: defining winning wrong or asking the wrong question. We’ve been asking the wrong question recently about China which slowly occurred to us while drinking whiskey with a friend and later in a discussion on Bill Bishop’s Sinocism Friday thread. We’ve been asking, as have many others, what is the cause for the flurry of activity in China: the crackdown on consumer technology, the restrictions on video games, the crackdown on so-called “sissy men,” the arrest of HNA’s chair and CEO, and a host of other initiatives, crackdowns and policy moves. We jokingly speculated a few weeks ago that Xi needs to take Ritalin. But wondering why there is this flurry of activity, while an important question, is less important than trying to understand how the decisions are made. That’s the important question, for the short and long term.

For example, in dealing with the real estate company, Evergrande, and the overleveraged real estate industry in general:

We’ve read some on China’s governing structure but we’ve never seen a good explanation for how policy decisions are made in Xi-era China. They’ve become more centralized but how much so and in what manner? James Palmer of Foreign Policy magazine responded to our tweet on the subject that “most of this stuff is being generated in regulatory authorities but working-toward-the-leader style.” Okay, but how does the leader okay or veto “this stuff”? And what drives the regulatory authorities to develop “this stuff”? Answering all these questions is important to know for the short-term to give us a better understanding of what is coming down the pike and why, but also for the future, when Xi is no longer the leader. And yes, someday, he will no longer be in charge, though when is opaque as well.

Doing Business Scandal, Suicide Rates and More China Evergrande Problems Covid is Complicated But Get Vaccinated, Where the Conflicts are, and H&M...
Scroll to top