Allow us to write about a pet peeve. As our International Need to Know spouse can attest, we are not a fan of making fun of how people look. We recoil when we see comedians employ this unfunny tactic, including when we watch John Oliver, Samantha Bee or any other comedian. We don’t even like it when comedians do so to people who we are not fond of, or at least not fond of their actions. For example, Samantha Bee continually makes fun of what Mitch McConnell looks like. We disagree with McConnell on many issues and find some of his actions reprehensible. But we are annoyed every time that Bee makes fun of how McConnell looks. For one, it’s lazy, and neither clever nor smart. For two, while McConnell can control his actions, he has no control of his physical looks. Now we can hear your complaints that it is easy for someone as beautiful as we are to complain about others making fun of how people look. But we are fully confident that even if we weren’t a doppelganger for Brad Pitt we would still be speaking out against such jokes. And, long-time readers may recall that comedian Helen Hong made fun of our looks.

In fact, “lookism”, as the economist Tyler Cowen calls it, has real world negative implications. An economic study finds people perceived as less attractive have far lower wages. So when Chris Rock made his GI Jane joke about Jada Pinkett Smith, we did not find it funny. Of course, we also did not approve of Will Smith striding to the stage and slapping Rock (and we note we did not do so when Helen Hong made fun of us). We cannot improve upon the still underrated basketball player and public intellectual Kareem Abdul Jabbar’s now viral condemnation of Will Smith’s act. But even as you read his insightful essay outlining how wrong Smith was, we hope comedians will refrain from lazy, immoral lookism. We don’t refrain from casting gorgeous eyes on the hype about wheat shortages, Turkey Islamists own goal scoring and China’s painful adjustments. It’s this weeks International Need to Know, asserting that the real outrage of Oscar night was one of the live action short nominees stealing the name of our classic film, Please Hold.

K.D. Davila and Levin Menekse stole the name of Michael Williams and my movie for their Oscar nominated live action short. Putting aside that our Please Hold should have been nominated, Will Smith clearly was slapping the wrong artist. We’ll see you on stage, Davila and Menekse. 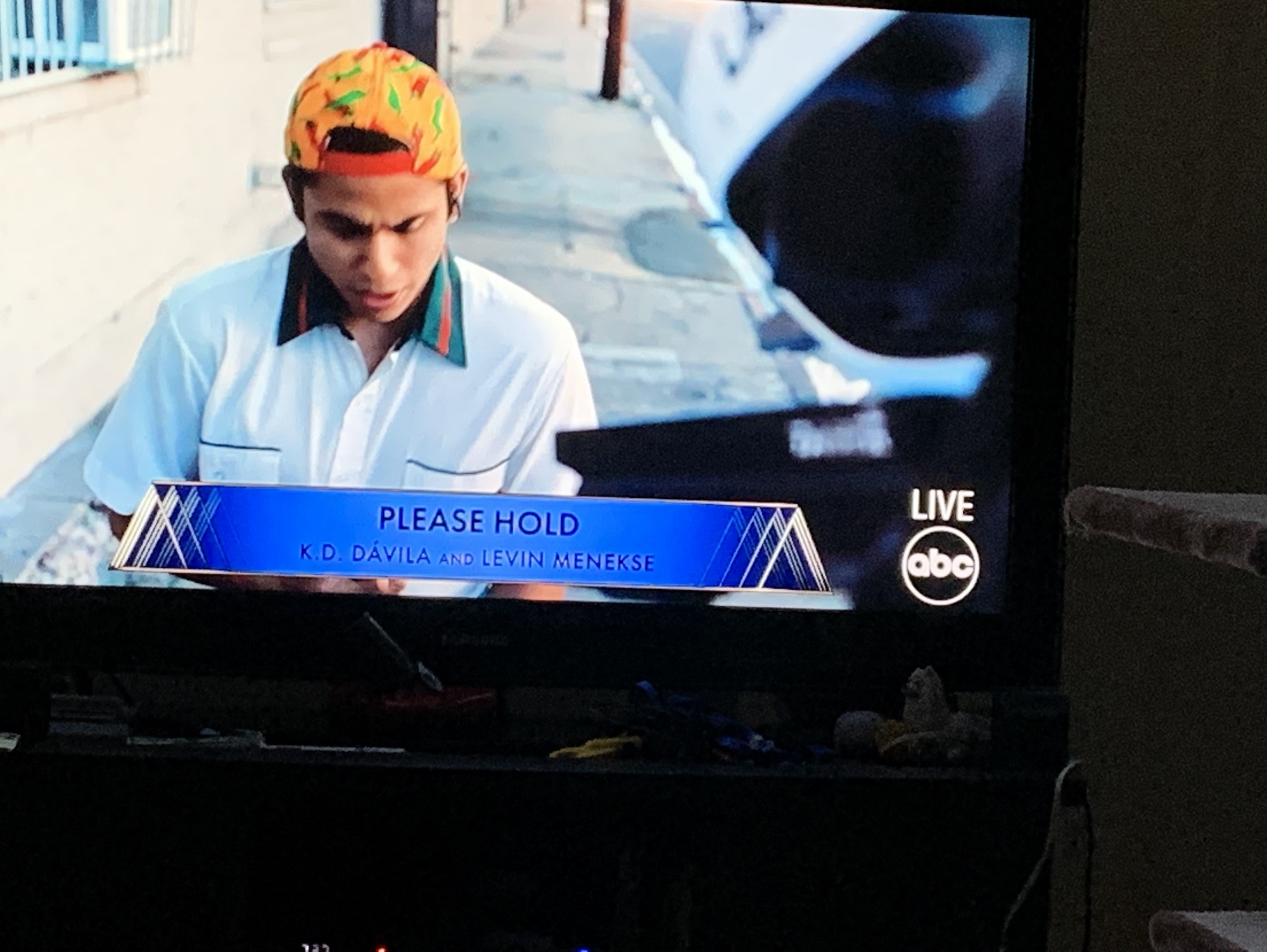 Perhaps like us, you are concerned about food prices and even famine due to Russia’s invasion of Ukraine. There certainly have been plenty of headlines like this one: “Russia’s War in Ukraine Causing Global Wheat Shortage.” Even Biden got into the act. But don’t believe the hype, or at least not all of it. Crop scientist Sarah Taber explains that too many are fixated on the misleading stat that “Ukraine accounts for 25 percent of world wheat exports.” But, she explains, most crops grown in a country are not exported. So, while Ukraine may export a lot of wheat, Ukrainian wheat is only slightly less than one percent of total wheat grown in the world. Because of Russia’s invasion there will likely be 7 million tons of wheat not grown in Ukraine. But that’s out of a total of 778 million tons of wheat grown all over the world. Further, as wheat futures rose in price last year, in part due to worries about Russia’s intentions in Ukraine, a bunch of countries’ farmers planted more wheat, including in the U.S., Canada and South Africa. The 7 million ton shortfall has likely already been made up. But, it’s not all honey and wheat flowing through our streets’ news. Taber also explains that countries in the Middle East and North Africa, who have traditionally imported wheat from Ukraine, may still experience shortfalls with potentially devastating effects. But this is not due to a shortage of wheat in the world, but rather because of supply chain challenges as countries shift to different wheat sources. Ships not grains are the problem we should be concentrating on if we want to help these countries (and we should). 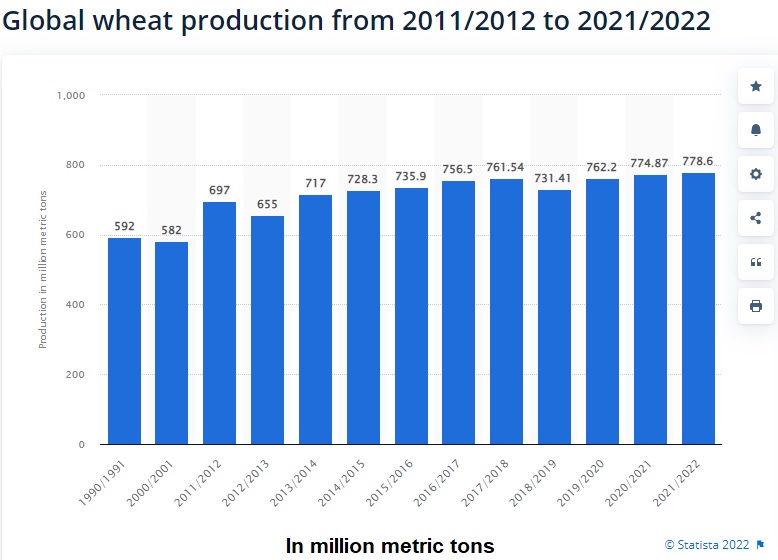 If I was a deeply religious Muslim living in Turkey in the early 2000s, perhaps I would have been pleased at the ascent of Recep Tayyip Erdogan and his Justice and Development Party. It was high time to depart from Ataturk’s secularism, I probably thought if I were in their orthodox religious shoes. Turkey would again become a powerful country and my fellow Turks more religious. I would have been wrong, of course. Turkey’s economy is in deep trouble and perhaps surprisingly less religious. Yes, a new study by Murat Çokgezen at the Department of Economics of Marmara University in Istanbul (they’ll replace the St. Peters Peacocks as the breakout Cinderella story in next year’s NCAA basketball tournament) finds that Turkey has actually become less religious since Islamists took control of government. “Estimation results indicated a reduction in belief in God, attendance to mosques, and trust in clergy, which imply the failure of the Islamization policy.” Why did this happen? According to Çokgezen, it’s similar to why political parties lose seats in mid-term elections after winning the presidency: we the people blame those in power for problems whether they are religious or not. Or, as he puts it, “As the government is identified with religion in the eye of the public, dissatisfaction with the government turned to dissatisfaction with religious values.” Maybe Jefferson et al got it right all those years ago.

Xi Jinping said famously in a speech in 2017 that the world is in “a period of change never seen in a century.” He was implying the U.S. was in irrevocable decline and China unending ascent. And maybe in the long run he will be proven right but so far 2022 is a greater period of change and adjustments, including in China. With highly infectious Omicron, China is trying to shift to a non-zero Covid policy by among other things instituting rolling rather than complete lockdowns. It is a risky strategic change because such a large percentage of China’s elderly remain unvaccinated, including 40 percent of those over 80-years-old. Plus, for apparent vanity and political reasons, China has vaccinated with the much less effective Chinese vaccines. Fortunately, it appears China is at long last going to start importing the Pfizer vaccine. At the same time as China slowly changes its Covid strategy (at the moment it appears to be a 0.9 Covid policy), not coincidentally its economy continues to struggle. Capital continues to flee China (after pouring in last year), consumers are struggling mightily, manufacturing growth has slowed, and business loan applications are down. On the positive side, according to China Beige Book, the property market seems to be stabilizing, at least in the biggest cities. We expect once China gets past Covid lockdowns that there will be rebound economic growth partly driven by consumers out and about again. But, as predicted in Challenging China, we also expect China never to grow at the high rates it did previously. In fact, it is likely, no matter what official China data claims, that the U.S. economy has been growing faster than China’s for almost a year.

We remember talking with DJ Kool Herc in the Bronx in 1973 and speculating that 30 years later some Chinese rappers would make a hip hop song about food shortages during the pandemic. Even in authoritarian China you can’t completely stop the music and humor.