The International Need to Know Spouse (symbol on NASDAQ is INTNS—her stock keeps rising unlike the rest of the market) came into the home office informing us a bird might have injured itself on our back deck and the crows were cawing out a riot. We turned to our cat, Willow, curled up asleep in the chair next to us, and decided we would investigate the situation solo. Indeed a black bird was hopping on the floor of the deck awkwardly. The crows hovered above continuing to yell their heads off, whether at or for the bird we were not sure. At first we thought the injured/sick bird was a crow itself but as we looked closer we saw it was too small and had coloring around its mouth.

We are no ornithologist so can’t ID the bird for you but as it hopped onto a chair, then to the table and then to the deck railing, it was clear something was wrong. INTNS drove off as the crows spied and screamed from above and we wondered if there was anything we could do for the poor bird. And then INTNS called saying coincidentally the radio just played a story stating bird flu is spreading and if you see a sick bird stay away. Which we did. But we assume the neighborhood coyotes and “Stache,” the feral cat who often patrols our yard, will not. Some may take the injured blackbird, the new virus, the screaming of the crows, as a bad omen. We take it as nature plodding on its way, oblivious to signs and feelings. We look towards Switzerland’s low inflation rate as a sign we all don’t know what we’re talking about, the bad omen of America’s expensive infrastructure, and all signs pointing to China’s expansionist aims. It’s this week’s International Need to Know: blackbird, we were only waiting for this international information and data to arise.

Don’t forget to read our Substack on what U.S. foreign policy should be with China.

I Hate The Swiss, But Love their Inflation Rate

One of the great quotes of one of the great screenwriters is “Nobody knows anything,” which William Goldman said about Hollywood. He was referring to the fact that “Not one person in the entire motion picture field knows for a certainty what’s going to work. Every time out it’s a guess and, if you’re lucky, an educated one.” We feel the same is true about inflation. Lots of economists, policy makers and pundits will claim they know what causes inflation and how to fix it but evidence seems to suggest otherwise. A number of months ago we ourselves pointed out that the U.S. inflation rate was higher than European countries and maybe that was due to the huge stimulus passed at the beginning of 2021. But now many European countries inflation rates are higher than America’s. So was the stimulus effect just transitory, to use a popular word among many inflationary watchers? And why does Switzerland, which last we checked is in Europe*, have such a low inflation rate, at only 2.8 percent? Lots of people are going to claim they know the answers. But, nobody knows anything. Not one person in the entire economic/policy/pundit fields knows for a certainty what’s going to work.

*But Switzerland is not part of the EU. Neither is the UK with an inflation rate of 9.0%

This is International Need to Know not America Need to Know but America has lots to learn from other parts of the world. In Challenging China, we asserted the most important thing America can do to deal with a more authoritarian, more expansionist China is to improve itself. And one of the four items we pointed to for improvement was bringing down the cost and time of building infrastructure. It costs two to three times more to build infrastructure in America than it does in Europe or Japan with no commensurate benefits to either the environment or labor. Unfortunately, this crucial issue was not addressed at all in the infrastructure bill passed by Congress. And yet every day brings another example of how badly America does on this score. For example, someone on Twitter pointed to an Economist story of France building 19 “wildlife bridges to reduce the number of animals killed by cars at a cost of $86 million.” In California, they are doing something similar but the cost to build one—yes one rather than 19—wildlife bridges is…$87 million. So France can build 19 of these babies for the same cost it takes America to build one lousy crying child of a wildlife bridge. If America wants to deal with issues as varied as the homeless, housing costs, transportation, climate change (e.g. electric grid, charging stations) and other critical issues, it needs to radically reform regulations and processes for building infrastructure. And yet, you won’t hear one story on NPR, see one screaming pundit on Fox or MSNBC, see one analysis in the New York Times or Washington Post or in your local newspaper about this story. SMH 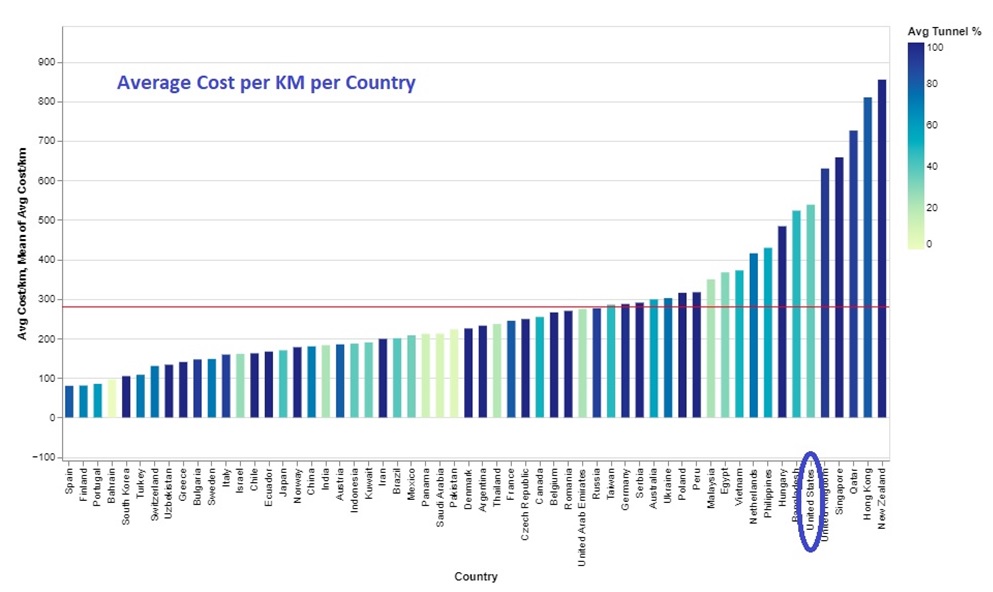 China Corner:  Why China is Changing with Russia

Someone recently asked us about the reports last week that Chinese officials chafed at Moscow’s requests for financial assistance. The most interesting aspect of the article is that Chinese officials were talking to reporters about this. Why would they do so? What we must always remember in regards to China’s foreign policy actions and statements, as we wrote at the beginning of the Russian invasion of Ukraine, is that China’s goal is to be the supreme power in the world. Any actions they take are geared towards achieving that goal. Because Russia thus far has been very unsuccessful in its invasion of Ukraine, China has had to adjust. So they are telling Washington Post reporters they are “chafing” and not just from long distance runs across the South China Sea. But make no mistake, the adjustments to what they say and do with Russia are in support of their expansionist goals. Our book was written because China has become more authoritarian and expansionist. We received pushback while writing the book on the second part of that assertion. Some did not believe China was actually expansionist. But China’s expansionism has only become more obvious in the last year, including with the latest revelations of its building a small military base in Cambodia. There will be many more such bases and much more expansionist efforts in the coming months and years. Always remember what the goal of China’s foreign policy is to understand what they say and do.