We are not one to believe in omens, fate or inevitabilities. When something bad happens to someone and they rationalize the catastrophe by telling us bad things happen for a reason, we wonder if it was the reason that was bad. Others tell us when catastrophe strikes that it is all part of the grand plan, which causes us to want to have a word with whomever is in charge. But when we were cleaning the photos off our phone the other day we came across the image below that we took late in the summer while walking to a Seattle Mariners baseball game. And we wondered if it was not an omen perhaps it was at least a warning of the coming political cataclysms. So even as we vow never to litter internationally, domestically or even galactically, we explore the myth of the successful authoritarian, examine a clean Saudi Arabia and ponder higher education levels around the world. It’s this week’s International Need to Know, a refugee to reason in a complicated world. 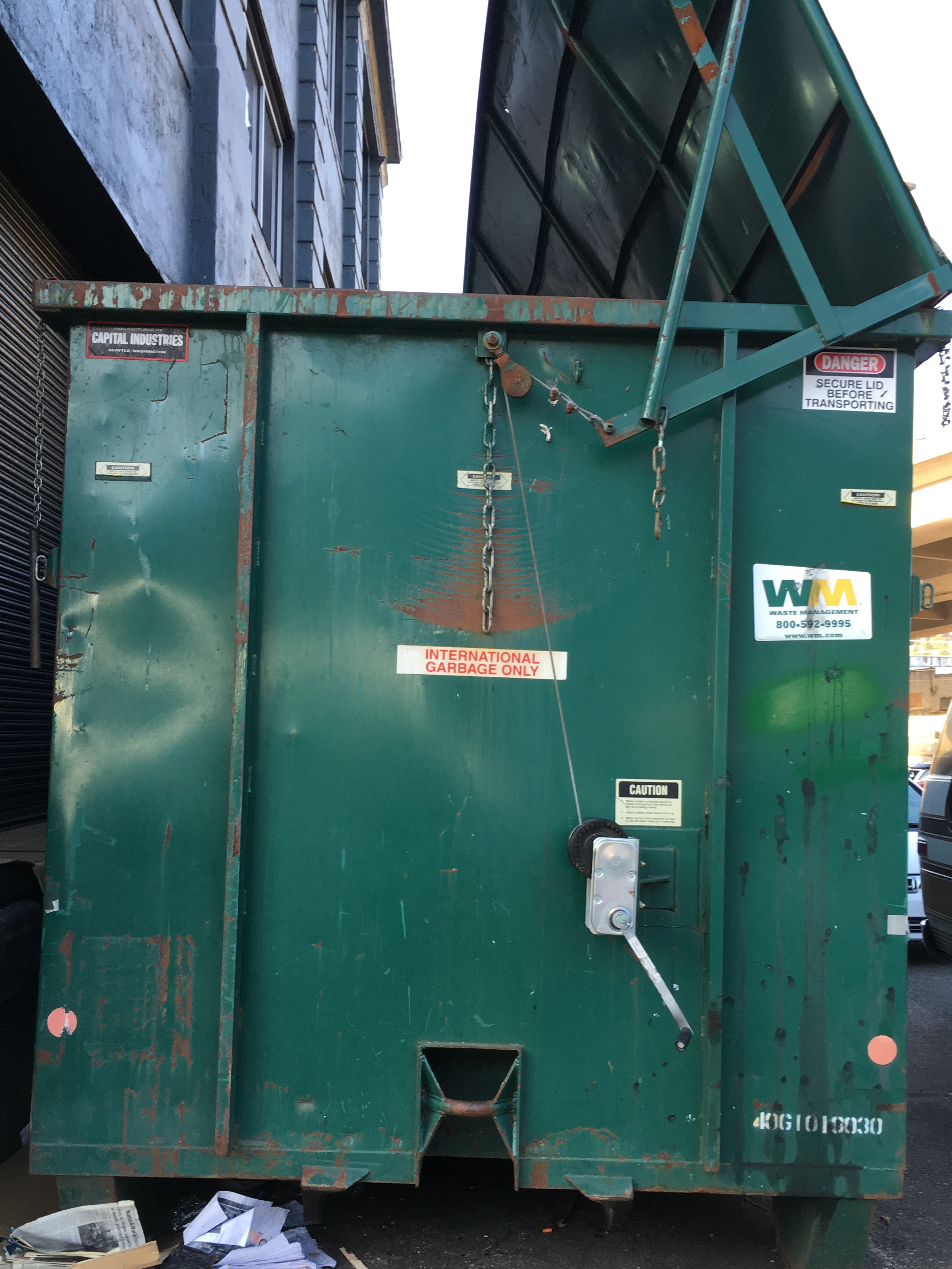 As we noted last year, millennials support for democracy is lower than other age groups and their fondness for authoritarianism is also greater. And, over the last ten years, with the economic success of China, we’ve heard more and more people express the sentiment that democracies can’t be as successful economically because of all the process and the inability to get things done. We’re all for making ourselves more efficient (see our story on Europe’s more cost-efficient infrastructure, for example), but it is time for a dose of reality on what kinds of countries are more successful. The World Bank’s Doing Business Survey, which ranks countries on how easy it is to do business in them, finds that by far the most successful countries are free. Further, the bottom performers are mostly unfree. Don’t like the Doing Business Survey? Okay, check out the top 20 countries ranked by GDP per capita. Almost every single one of them is a free country. So let’s stop the pining for authoritarianism and concentrate on improving our democracies. 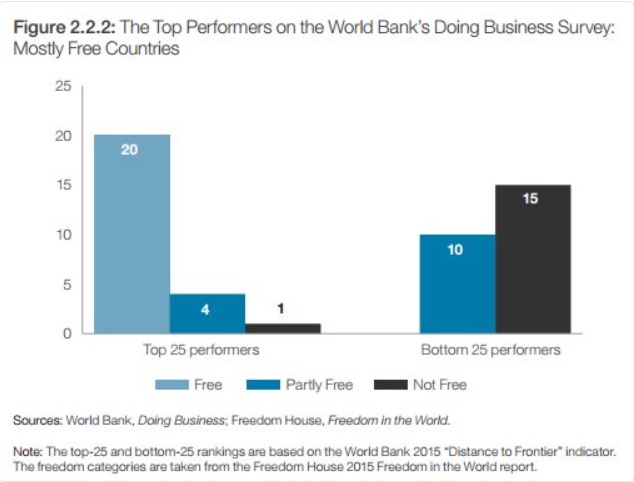 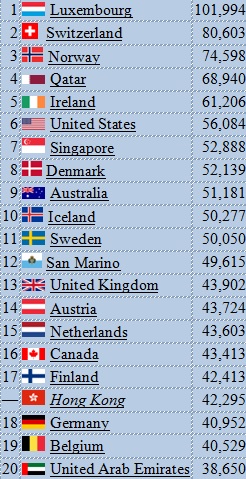 Even as the United States may pull back on climate change fighting efforts, other countries are full steam ahead (powered by renewables, of course), including Saudi Arabia. Fortune Magazine tells us that “Saudi Arabia will launch a renewable energy program in the coming weeks that is expected to involve investment of between $30 billion and $50 billion by 2023, Energy Minister Khalid al-Falih said on Monday.” Currently the country produces less than 1 percent of their energy from renewable sources but they plan on changing that, especially since energy demand in the country is growing at an 8% rate. They are also hoping to team up with other countries in the region such as Yemen, Egypt and Jordan in the push for renewable energy. We note that one of the forms of renewable energy Saudi Arabia is exploring is nuclear, which is likely to create angst in some quarters. They are exploring partnering with China on the nuclear energy initiative. The world, it’s a changing fast.

We’re involved with a project that has us reading about and researching higher education which led us to discover that Korea has the highest percentage of their population with a postsecondary degree. This is helpful because more and more of the jobs in the future are going to require such an education level (or a robot—we need our people to get smarter and our robots dumber. If it weren’t for the Flynn Effect, I’d swear the opposite is happening). Canada is second followed by mighty Luxembourg and the fighting Irish. Italy, which we are increasingly worried about (remember our warnings about GDP and banking), brings up the rear. 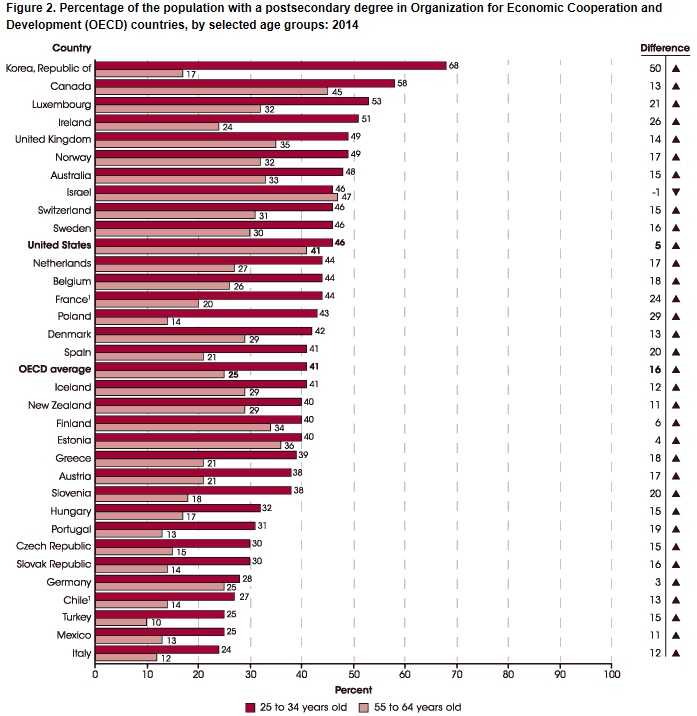